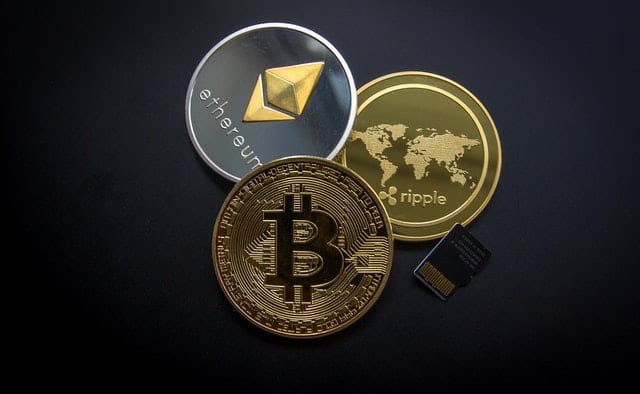 If you are wondering whether digital currencies like bitcoin and ethereum are a wise asset group to invest your money in, this article will come in handy.Play Video01:32

Hailed by fans as a market-disrupting liberation, and demonised by critics as a dangerous, volatile creation, bitcoin and other cryptocurrencies are never out of the headlines for long.

There’s a certain amount of mystery around cryptocurrency too. Satoshi Nakamoto is the pseudonym used by the presumed person or people who developed bitcoin, created and deployed bitcoin’s original implementation software and conceived the first blockchain database.

What is bitcoin and how does it work?

The concept of digital monies such as bitcoin that people send to and fro online is not that complicated in itself — after all, transferring money from one online bank account to another is doing exactly that. Cryptocurrencies use blockchain technology — a way of sending data in cyberspace — to do this. But, different from normal currencies like dollars and pounds, cryptocurrencies are “decentralised”, which means they are not regulated by a financial authority, like a government or central banks.

This brings some advantages: cryptocurrencies are global, meaning they have the same value in every country. This feature makes them much easier to transfer from person to person across the globe, without the headache of exchange rates.

The big disadvantage of digital assets such as bitcoin and the like is that they are shockingly volatile and there have been reports that people have had to wait to get their cash out because of technical snarl-ups.

Which are the three biggest cryptocurrencies?

Bitcoin, the best-known and first major cryptocurrency, launched in 2009 and remains the market leader. Its market capitalisation — effectively its total worth — is a staggering $128bn, as of April 2020. Ethereum and ripple come in second and third, with respective market caps of $19.4bn and $8.2bn.

Since 2009, a wide range of challenger cryptocurrencies, dubbed altcoins, have arrived on the scene.

How has the bitcoin price performed over time?

Extreme volatility is perhaps the most defining factor of the cryptocurrency market. As of June 16, 2020, one bitcoin was worth about £7,531. Just two months before that, on April 16, it was worth less: £5,679. But back in March, one bitcoin had a value of just £3,576, and this isn’t even the shocking stuff.

To put bitcoin prices into investment profit and loss terminology, if you had invested five years ago, you would be sitting on a 2,015% profit. If you had invested $500 on October 15, 2010, congratulations, that was the time to buy as you’re a bitcoin multi-millionnaire! Your $500 is now worth an incredible $39,457,667.

If you wonder what market forces drive these prices up and down so wildly, you are not alone. While generally speaking the value of these currencies is, like anything else, linked to supply and demand plus the number of competitors, it is often difficult to determine what exact factors influence this erratic performance. This makes digital currency all the more risky to invest in!

What are the new cryptocurrencies to watch?

New, smaller cryptocurrencies include litecoin, bitcoin cash and EOS. It might be tempting to invest in crypto newcomers, but you should exercise caution. Smaller altcoins are even more volatile than bitcoin. If anything, they are really just speculative investments. If you are tempted, experts say you should only invest a small amount of your money: 5% or less.

How risky is investing in cryptocurrencies?

If you want to invest in crypto, ponder first whether you would buy a house in Rapid City, South Dakota. This city in the United States has just over 75,000 inhabitants and is reportedly one of the places with the most unpredictable weather on…

This article was sourced from The Times.