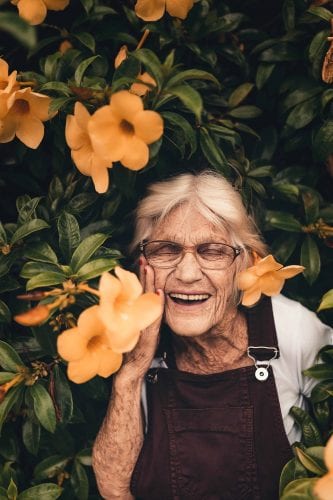 In some ways, our youth and middle years are really a sort of training period for the unanticipated pleasure of being an older adult, psychologist Alan D. Castel fo the University of Successful Aging. In one 2006 study Castel cites, a group of 30-year-olds and 70-year-olds were asked which of the two age cohorts was likely to be happier. Both of them chose the 30-year-olds. But when those groups were asked about their own subjective happiness, the 70-year-olds came out on top.

Psychologists, anthropologists and other investigators have long been intrigued by similar findings-that old age is often a time defined not by sorrow, dread and regret but rather by peace, gratitude and fulfillment. Investigators looking into the happy senescence phenomenon attribute it to a lot of things: seniors become masters of “terror management theory” or “constructive distraction or “voluntary affirmation of the obligatory.” In other words, they figure: I’m gonna die? What else is new? Meantime, I’ve got my grandkids here.

JUST AS SURPRISING as the happy oldster is the miserable middle-age, Jonathan Rauch reports in his book The Happiness Curve, published in May. Life satisfaction appears to follow a U-shaped course, with its twin peaks in childhood, when the world is one great theme park, and in old age, when we’ve been on all the rides a thousand times and are perfectly content just to watch. It’s in the middle-our 40s and 50s, when our power, potential and productivity are the greatest and we should be feeling our happiest-that life satisfaction bottoms out.

The U is true across nations, culture sand income levels, research shows. It makes a lot of sense. For one thing…

This article was sourced from MAGZTER.