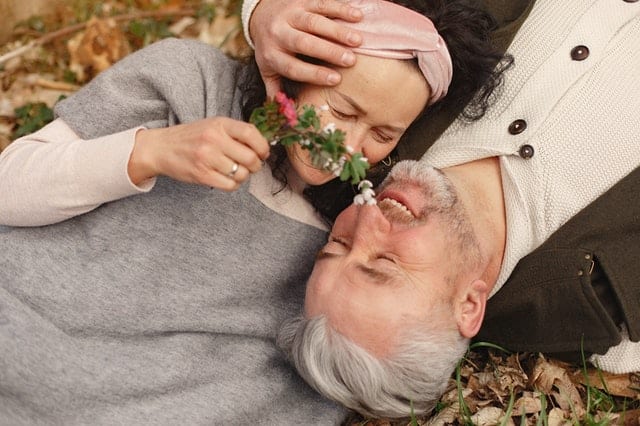 BERKELEY, Calif. — Ever feel like your marriage is losing its luster and all the romance is being replaced with petty bickering? Don’t worry, there’s light — and lightheartedness — at the end of the tunnel. A new study finds that elderly spouses mature to see one another through rose-colored glasses, and all those stress-laden spats that mar us in our middle-aged years are eventually replaced with laughter and levity.

It may be hard to believe for some of us, but researchers from the University of California at Berkeley say their videotaped evidence is all the proof they need. As wives and husbands age, their negativity towards one another fades. Those married longer than 35 years showed more tenderness than younger couples.

“Our findings shed light on one of the great paradoxes of late life,” says study senior author Robert Levenson, a UC Berkeley psychology professor, in a news release. “Despite experiencing the loss of friends and family, older people in stable marriages are relatively happy and experience low rates of depression and anxiety. Marriage has been good for their mental health.”

For the study, Levenson and his team followed 87 couples, mostly middle-aged or older, who’d been married between 15 and 35 years. The authors monitored the couples over a 13-year period, interviewing the spouses every few years on video and…

This article was sourced from StudyFind.org.