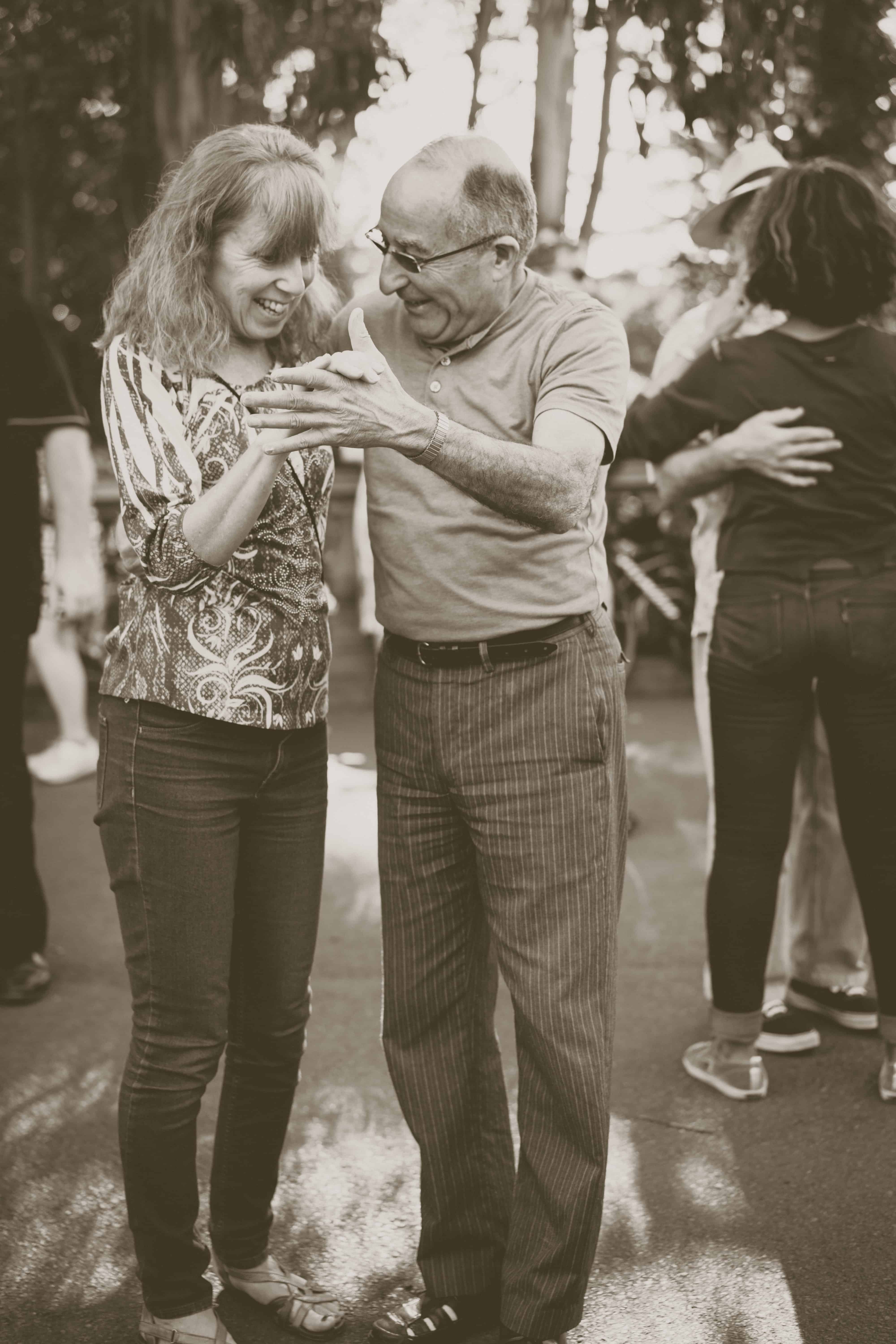 Provided to the TribuneMembers of the Cowboys and Petticoats square dance club, Betty Shelley, Jim Duke, Rudy Shelley and Ann Baer, from left, promenade at the South Lake Tahoe Senior Center.
ALL |

Why do people take up square dancing? For most it appears that the appeal is the fun of moving to music in a special way, in a definite pattern, led by a caller who also plays the music. A square is made up of four couples facing each other, moving forward and back and in circles, sometimes changing partners. Although the dances are designed for couples, individuals can find partners by attending the dances and/or taking instruction before the dances begin. Two of the couples in the “Cowboys and Petticoats” square dance group, that meets at the South Lake Tahoe Senior Center, met originally through square dancing.

Tina was the contact person for square and round dancing in Savannah, Ga., when Richard McBride, who was there with the National Guard, called to find out where the square dancing was. Richard was working with Sierra Pacific at Lake Tahoe, where he danced with the square dance club. They were married and are such a good match they have won bronze, silver and gold medals in the Senior Olympics at St. George, Utah. They give a lot of exhibitions and last October they danced at an exhibition at the Governor’s Mansion in Carson City to benefit Meals on Wheels. They also have performed at a nursing home in Gardnerville. Tina is the president of Cowboys and Petticoats.

In another situation Evelyn, a widow, was asked by her friends to start taking beginner square dance lessons. She did and found it to be lots of fun. After she graduated in April 1978, she quit dancing because she didn’t have a partner. In November 1979 her friend asked her to come to the next dance — they had a partner for her. She was very leery, but went anyway and met her partner, Don Cook. They had a great time and he invited her to other square dances in Carson City, Reno and Gardnerville. They danced three or four times a week. Don lived in…

This article was sourced from the Tahoe Daily Tribune.

We want to hear from you!